Five more states are set to approve legislation banning the sales of new products tested on animals, joining three states – California, Illinois and Nevada – that have already enacted similar legislation. The five states on the cusp of enacting new laws include New Jersey, Maryland, New York, Virginia and Hawaii, with more states expected to introduce or pass similar legislation in the coming months.

Legislative efforts have gained significant support not only among animal rights groups, but among consumers of all ages as well. As more states join the cause, industry analysts say pressure is being brought to bear on the U.S. to pass a nationwide ban on the sales of new cosmetics products if they or their ingredients were tested on animals.

About 40 countries worldwide have passed national bans on the sales of new products that use those testing methods, including every member of the European Union, which enacted its own law in 2013, citing the inhumane, cruel and painful treatment of the animal subjects. But the real impetus behind the legislation domestically and internationally is the availability of tests that don’t use animals. These in vitro tests use cells, tissue samples and other methods to yield results that are just as accurate – or even more so – than the tests used on live animal subjects. Plus, in vitro tests are also cost-effective, making them an easy and obvious choice for today’s cosmetics manufacturers facing an ever-more competitive marketplace.

Many cosmetics companies, including higher-end, boutique brands, have already adopted anti-cruelty policies of their own, appealing to consumers who no longer want the burden of suffering or the negative stigma attached to products that use animal testing. Entire brands have based their philosophies and their marketing efforts on raising awareness of the testing methods traditionally used in the manufacturing of cosmetics and personal products like shampoos and body washes. Those efforts have paid off in terms of a growing market share compared with brands that still use animal testing. Companies that fall behind in adopting newer, cruelty-free methods stand to not only lose huge shares of customers and revenues, but to earn a lot of negative publicity compared to their competitors.

Although much of the cruelty-free movement originated with smaller brands who made banning animal testing part of their branding effort, today even major cosmetics and personal care brands are joining the effort, including cosmetics giant CoverGirl. Brands that adhere to a non-animal testing policy sport the coveted leaping bunny logo or similar designations that set their products apart. Popular websites like Cruelty Free Kitty maintain updated lists of brands that don’t use animal testing, making it easy for consumers to find the products they want – and to ignore those that still use animal testing or that import products tested on animals.

So far, outside of the U.S., the biggest hurdle these manufacturers have to overcome is China, which has steadfastly maintained its use of live animal tests on cosmetics and personal care products, despite the availability of less costly in vitro methods. The U.S. has been contemplating a national ban on the sale of new animal-tested cosmetics products since 2014, with support on both sides of the aisle. This past November, the Personal Care Products Council (the nation’s leading cosmetics trade group) gave its support and backing to the legislation, helping eliminate concerns lawmakers may have regarding marketplace opposition.

InVitro International has a history of providing the cosmetics and personal care industry with state-of-the-art in vitro testing aimed at providing the most accurate results without cruel animal experiments. In addition to two patented methods, Irritection® and Corrositex®, our dedicated team can help companies convert their existing lab facilities or perform off-site testing using the latest guidelines and regulations for total peace of mind. To learn more about InVitro International’s products and services, give us a call at 800-246-8487 or use our online form to get in touch today. 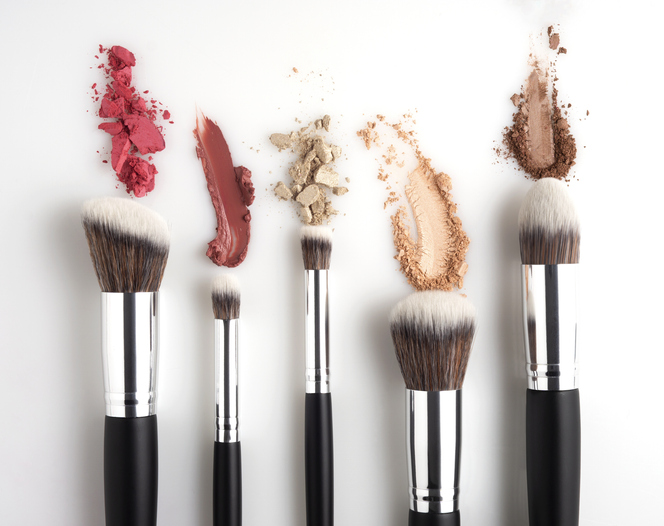 China is the world’s second largest economy, surpassed only by the U.S. and accounting for more than a 15% share of the world’s total economic activity. With a growing consumer base and soaring personal economy, it’s no wonder businesses want to do all they can to compete in the Chinese marketplace.

At the same time, though, doing business in China can come at a big cost – especially for companies producing cosmetics and personal care products. In the European Union, the U.S., and other areas across the world, countries are turning away from cruel and outdated animal testing in favor of humane, cruelty-free in vitro testing methods that provide results that are just as reliable and just as accurate – but which don’t involve animal suffering. But in China, the move to embrace non-animal testing methods has been slow. And companies that want to compete in China need to adopt animal testing practices, even if they don’t use them in other markets around the globe. Recently, though, the Chinese government has begun showing indications that it may be willing to forego animal testing – at least for some products and under certain conditions.

Although China has long required animal testing of cosmetics products, in 2014 it made a major step forward by allowing Chinese cosmetics manufacturers to forego animal testing. That means brands with a physical presence in China can market their products without animal testing. However, the law only affects new non-special use cosmetics, and does not include any product that makes specific claims, like anti-aging or whitening products, for example. Additionally, manufacturers who sell products to Chinese consumers using specific online platforms may avoid the animal-testing requirement since those products are only sent to the country after the order is placed. Brands like Lush, 100% Pure and others are able to sell in this way without the need to perform any sort of animal testing.

In March 2019, China expanded on its efforts by stating that post-market animal testing for domestic products and finished imports would no longer be required. Then in January, the Chinese government announced imported products would be subjected to the same regulations as domestic products, signaling a long-awaited shift that should mean a more open marketplace for cosmetics manufacturers that do not use animal testing. More details about the new regulations are expected later this spring.

While a few domestic brands have begun selling their products in China, the word is still out on how well those brands are being accepted by consumers. And for the time being, products manufactured outside of China are still subject to the old animal testing requirements and regulations. From China’s perspective, restricting the regulation to a few companies allows it to measure the results, control expansion of non-animal testing and bring pressure on international companies that hope to do business in its borders. How the new regulations will affect international manufacturers remains to be seen, but most industry leaders believe it will take some time – perhaps a year or more – before any changes go into widespread effect.

Get ready for a cruelty-free marketplace

Regardless of what moves China makes, the global marketplace is becoming increasingly cruelty-free. With the entire EU banning the sale of new animal-tested cosmetics and personal care products and many U.S. states following suit, it’s clear that companies that want to stay competitive need to adopt alternative testing methods that demonstrate their commitment to a kinder world. Consumer demand for products that use cruelty-free testing is soaring, leaving some companies scrambling.

At InVitro International, we help companies of all sizes meet the growing consumer demand with state-of-the-art in vitro tests aimed at providing the most reliable results at a fraction of the cost of animal testing. Plus, we offer off-site testing for companies that prefer to focus their efforts on R&D, leaving the testing to our highly-trained experts. To learn more about InVitro International’s test methods as well as our testing services, contact us at 800-246-8487 or use our online form to get in touch today.